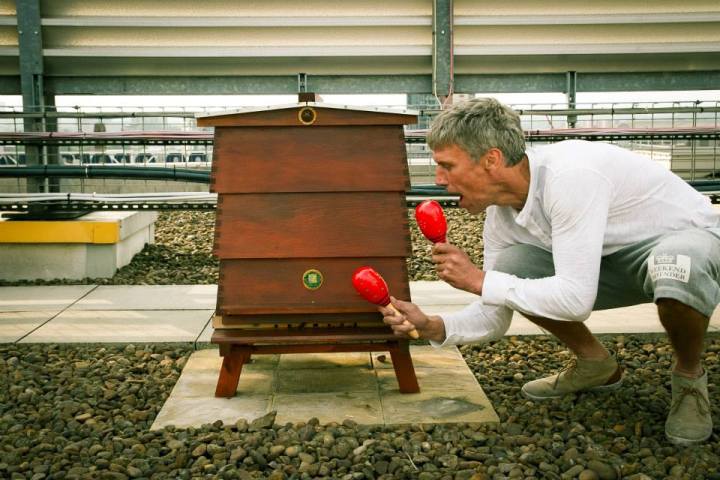 This year, Printworks turned 20! While we’ve not been able to throw the biggest Birthday bash Manchester has ever seen, we’ve been able to appreciate the moments that made us the city’s top destination for leisure, food and a good drink!

We landed in Manchester the way we intended to stay – with a whole lot of fanfare! With the help of legends Lionel Richie and Sir Alex Ferguson, we opened our doors with one of the biggest parties in Manchester’s history.

We were graced with the presence of Hollywood royalty as the one and only Will Smith dropped by our cinema for the premiere of Hitch in 2007.

The visit was part of the star’s record-breaking tour, where he entered the Guinness Book of Records for making the most public appearances in 12 hours.

To pull off the operation, Will required a private jet and a police escort to make it to his events!

As proud supporters of the LGBTQ+ community, we had a name change to The Pinkworks back in 2007 as we hosted thousands of people in the city centre celebrating Gayfest.

With celeb guest Jason Donovan, we waved our rainbow flags to some top entertainment from our community of performers.

If you’ve ever walked through the Pump Yard and there’s an act on, you might want to take notice. Our Printworks Unsigned event brought in tonnes of local talent, including The Mend, which appeared on The X Factor in 2013.

The opening of our rooftop garden (2012)

In case you haven’t heard, we have a rooftop garden! Launched with the help of Happy Mondays’ Bez back in 2012, we have 100,000 bees living on our rooftop that pollinate the green spaces in our city centre.

Our bees do their bit for charity, and in 2015 we launched our own brand of honey, which we sell through Hard Rock Cafe. All profits from the jars go to support local charity The Booth Centre.

If you fancy adopting one of our bees this Christmas, it costs just £2, with every penny raised going to Forever Manchester. Adopt one here. 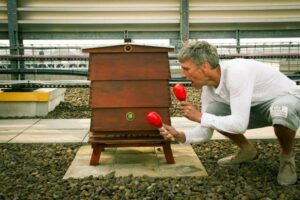 All rise! Back in 2013, the lads from Blue gave a legendary intimate performance at Hard Rock Cafe to 400 lucky fans, with a 45 minute performance of their greatest hits. We partied like it was 2001 at the unforgettable show. 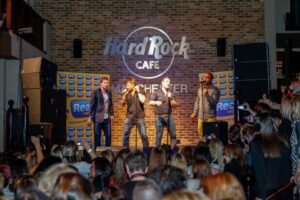 Back in 2014, we made our music debut with the launch of FIFA World Cup anthem Our Telly’s Bigger Than Your Telly!

The song, produced and performed by Boxbottom, who also produced hits such as ‘Key the Secret’ and ‘Voodoo Ray’, was created in the name of charity, with all sales from the single going to local charity Forever Manchester.

It’s a catchy tune – give it a listen here:

One of the events we’re proudest of is the Manchester Soul Festival. Launched by our late Centre Director Fred Booth and the Soul Festival committee, our flagship event has brought Soulies from all over the country together since 2015 for a day packed with entertainment from the best Motown and Northern Soul DJs and live acts in the UK.

The event isn’t just a day to enjoy music. Tickets and donations from the day are donated to The Christie to support those battling cancer. Over the past five years, we’re so proud to have raised over £128,000 for the centre, and look forward to bringing the event back in 2021. 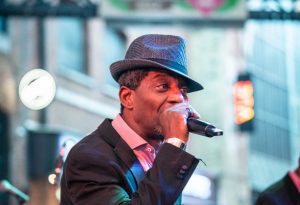 In 2018, we rolled out the sky blue carpet as we hosted the premiere of Amazon’s All or Nothing, which followed the team’s journey to Premier League glory!

Fans flocked in to meet the squad as the title holders stopped for selfies and autographs – and the blue fans on the Printworks team had a ball too! 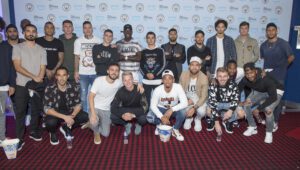 Spending it with you!

One thing we’re very proud of is our reputation for having one of the best nights out in town! With nightclubs, bars and live big screen sports in neighbouring venues, you don’t have to walk far to find a bar that suits you on the weekend!

We’ve also been a one-stop destination for families, friends and couples looking for a day out or night out, with top restaurants, a cinema and leisure activities to entertain guests of all ages.

We’re looking forward to welcoming you all back in 2021!

Walkabout are always looking for a reason to party and Australia day is on the horizon! They’re teaming up with the fellas from Little Creatures Brewing to bring you some