Let’s have it Manchester! Get ready to make up for lost time. In line with Government guidelines, our venues will be open for indoor dining and entertainment with no restrictions from 19th July. Please book in advance where possible. Find out how we’re reopening safely here. 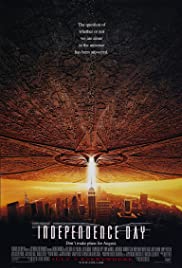 As the Fourth of July nears, satellite engineer David Levinson (Jeff Goldblum) investigates a 3,000-mile-wide mother ship that's approaching Earth. When the alien invaders attack with unprecedented force, the U.S. president, teams of scientists and brave fighter pilots spring into action to save the planet from a seemingly invincible enemy.