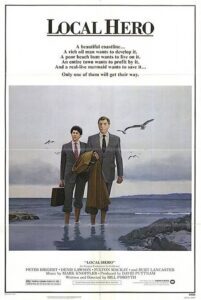 Texas billionaire Felix Happer would rather gaze at the stars than worry about his multi-national oil company. Happer dispatches Mac MacIntyre and Danny Oldsen to the small Scottish fishing village of Ferness to negotiate buying the entire town so Happer can drill for oil in the North Sea. Much to Mac's surprise, the entire town is happy to sell itself for big money, and the local innkeeper works with Mac on the negotiations. But a wrinkle appears in the deal when an old man who lives in a shack on the beach which has been owned by his family for centuries