Oliver Sacks: His Own Life With Recorded Q&A 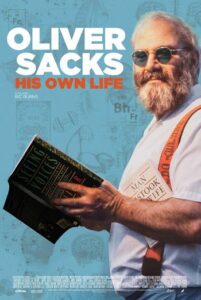 Oliver Sacks: His Own Life explores the life and work of the legendary neurologist and storyteller, as he shares intimate details of his battles with drug addiction, homophobia, and a medical establishment that accepted his work only decades after the fact. London-born Sacks, known for his best-selling books Awakenings and The Man Who Mistook His Wife for a Hat, was a fearless explorer of unknown cognitive worlds who helped redefine our understanding of the brain and mind, the diversity of human experience, and our shared humanity.Directed by celebrated documentary film-maker Ric Burns (The Civil War, American Experience), the film features revealing and personal interviews with Sacks conducted in the months prior to his death and those closest to him including Jonathan Miller, Robert Silvers, Temple Grandin, Christof Koch, Robert Krulwich, Lawrence Weschler, Roberto Calasso, Paul Theroux, Bill Hayes, Kate Edgar and Atul Gawande, among others. The film also draws on unique access to the extensive archives of the Oliver Sacks Foundation.Oliver Sacks: His Own Life is a tender, joyous and life affirming portrait of a truly extraordinary man.