The Snail and the Whale & Zog and the Flying Docto 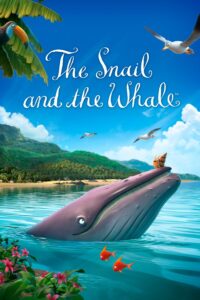 The Snail and the Whale
Join the snail on the tail of a great big grey-blue humpback whale on her journey around the globe. In the unlikely friendship between an ambitious sea snail and a humpback whale, discover the power of the sea and the perils of swimming too close to the shore… Can the snail save the whale when he is beached in a secluded bay?
Zog and the Flying Doctors
Princess Pearl, Sir Gadabout and Zog the dragon make a most unlikely flying doctor team, yet they are committed to treating all kinds of creatures, real and mythical, including a mermaid, unicorn and lion. When the King captures Pearl, she has to choose between her freedom and curing her increasingly sick uncle. With Zog and Gadabout’s help, she finds a way.