Back in November 2017 we put our 60,000 bees up for adoption and the interest from you all was staggering! We love bees, Manchester loves bees, the world loves bees, such a small creatures have a huge impact on the worlds ecosystem so it makes sense for us to show them some love.

“The bee is an iconic symbol in Manchester so we wanted to give people the chance of owning their own, whilst raising money for some special causes,”

We are pleased to announce that thanks to your kind donations (and imaginative bee names!) we have completely filled three walls with bee stickers. The mural can be seen in the window opposite Hard Rock Cafe Manchester.

Your kind donations have meant that all this money has been given to our charity partners which is just brilliant.

From The Printworks and our charity partners we say a massive THANK YOU!!

The Printworks bees have provided a bumper yield of honey from the four beehives on the roof with some of the best honey to date.

As part of the #LiveFromTheHive project, a collaboration between The Printworks and Hard Rock Cafe, the honey has been extracted and bottled to sell to the public.

All the money raised from the £10 jars of limited edition honey goes to The Booth Centre and Forever Manchester.

The first batch of honey which had bespoke labels designed by Mancsy sold out in a week back in 2014. Jars signed by the Manchester artist sold for as much as £75.

The 2015 yield was just as popular and the project has managed to raise over £2,000 to date for the two charities and another sell-out year is expected.

“Bees are amongst the most important creatures to humans on earth,” says The Printworks’ beekeeper Adrian Rhodes. “These amazing insects pollinate over 80% of all flowering plants including 70 of the top 100 human food crops. One in three bites of the food that we eat is derived from plants pollinated by bees.”

The Printworks rooftop garden is home to 20 species of fruit and vegetables, creepy-crawlies and fauna. Over the past three years it has grown everything from lettuce to strawberries, beetroot to potatoes, and mint to radish, and even boasts a beetle hotel. 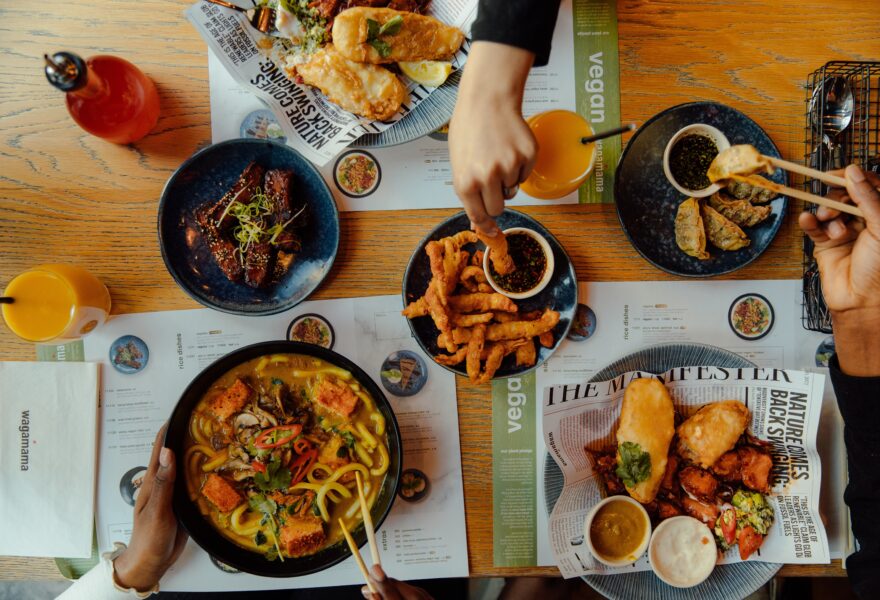